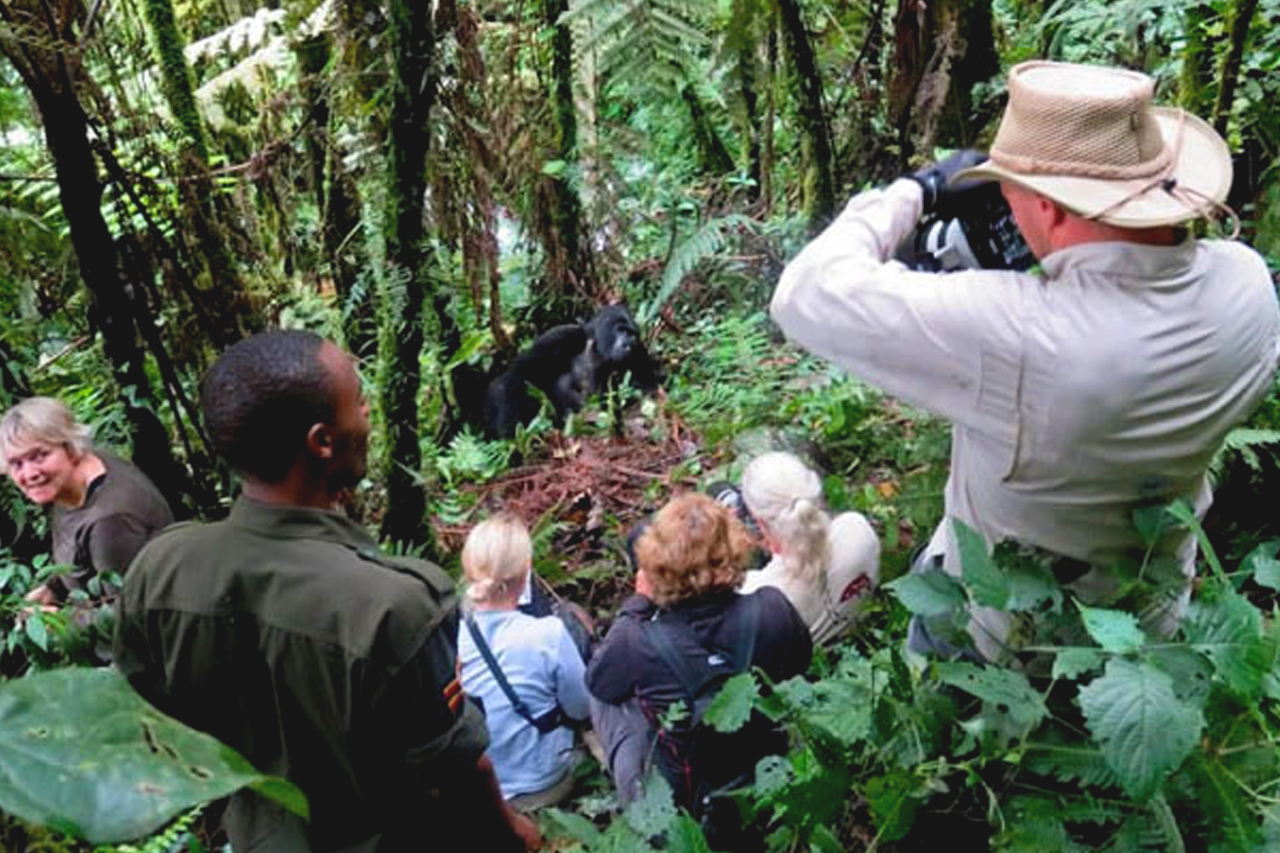 The Bwindi Impenetrable national park is in the south-western Uganda which is part of the Bwindi Impenetrable Forest, situated along the Democratic Republic of the Congo border next to the Virunga National Park and on the edge of the Albertine Rift. It is one of the oldest Afro-Montane Forests with a rare vegetation ,complex, and biologically rich , it survived the platonic shift that created the Albertine Rift that is all around it.

It is habitat for 120 species of mammals, 348 species of birds such as hornbills and turacos, 220 species of butterflies, 27 species of frogs, chameleons, geckos, and many endangered species. Floristically, the park is among the most diverse forests in East Africa, with more than 1,000 flowering plant species, including 163 species of trees and more than 100 species of ferns.

It is most notable for the 400 Bwindi gorillas, half of the world’s population of the critically endangered mountain gorillas. And the only Park in Africa where Chimpanzees and gorillas coexist in the same place, also home to other Primates species which include the common chimpanzee, L’Hoest’s monkey, African green broadbill, black and white colobus, red-tailed monkeys, vervets. the giant forest hog, and small antelope species. There are also many carnivores, including the side-striped jackal, African golden cat, and African civet, Forest Elephants.

Bwindi Impenetrable Forest is the number one destination best known for Gorilla Tracking, which provides an incredible backdrop on four different gorilla groups, it is the reason why most visitors come to the park, you can be with a Mountain Gorilla Family for 4 hours, since they are used to human contact and will not run away from visitors trekking them which makes It once in a lifetime adventure.

There are also other many activities that one can partake in like,
Birding in Bwindi Impenetrable Forest which is one of the prime birding destinations in Africa with over 347 species of forest birds recorded forest walks to explore the lush virgin rainforest.

Nature walks to view the amazing scenery, plants, wildlife, primates on five different trails like The Waterfall Trail leads to a magnificent 33m waterfall on the Munyaga River. This is the best trail for spotting both orchids and primates.

Accommodation ranges from budget to exclusive luxury lodging, bandas especially in the Buhoma Area of the Park. There are also campsites which are budget friendly.

Accessibility of the park
Bwindi Impenetrable Forest is a 9 hour plus drive from Entebbe International Airport. 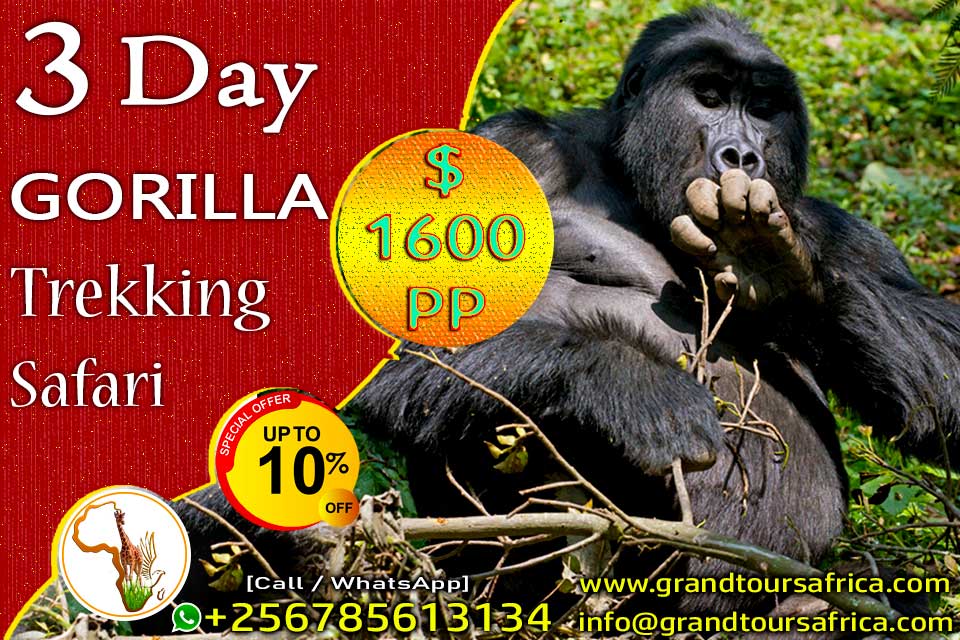