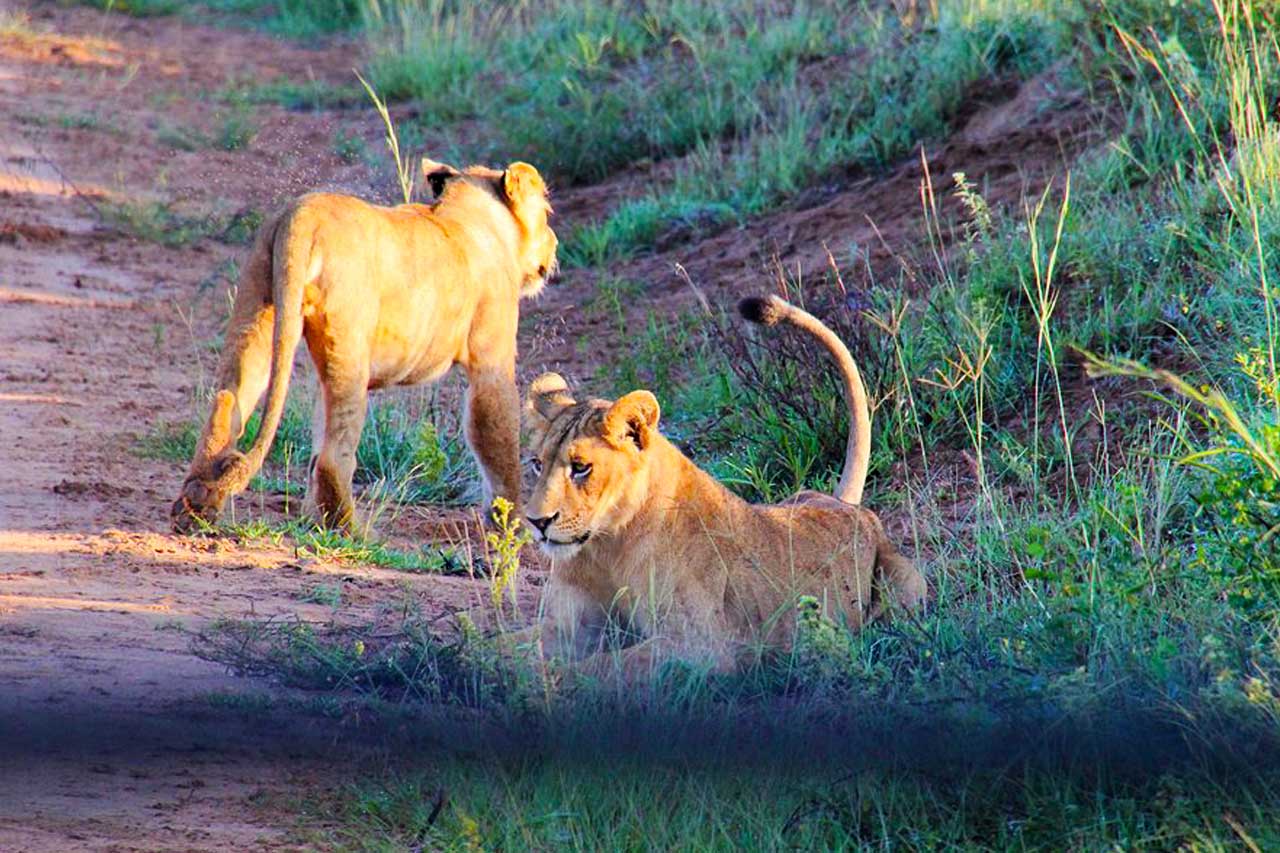 The word lion comes from a Latin word Leo and ancient Greek Leon. Lion (Panther Leo) usually known as the king of the jungle is of classification scientifically is of kingdom Animalia, phylum chordate, class Mammalia, order carnivore, suborder Feliformia, family Felidae, subfamily Pantherinae, genus panther and species p.leo. It is a very muscular cat with a rounded head and a deep chest where an adult male lion has a very prominent mane making it the recognised feature of all species.

A male lion is usually larger than the females with a head to body length of 184-208 cm where a female’s head to body typical length is 160-184 cm. In 2005, there were 11 lion subspecies that were recognised and there were distinguished on the basis of appearance, size and colour of mane.

Because these characteristics show much variation between individuals, most of these forms were probably not subspecies especially because they were based on museum material with striking but abnormal morphological characteristics. Lions form groups called the prides which consists of a few adult males, females and cubs and these usually hunt together and prey on large animals.

They typically inhabit grassland and savannahs however, they are hard to find in dense forests which makes them more diurnal than the other cats however, they become more active when persecuted to the extent of being more active during nights and twilights.

Today, lion populations have been reduced to only sub-Saharan Africa and the western India however earlier on, they ranged through North America, Eurasia and Africa. The decline of Africa’s lion populations is staggering. Niels Morgensten who founded Mara Naboisho lion project in Kenya says Africa had 100,000 lions in 1960 however five decades later, they are just 30,000 lions left due to the ludicrous extinction of the king of the jungle.

In 2010, the Barbary lion of North Africa which is one of the eight African species was declared extinct in the wild. Most of the continent’s lions survive in just six countries in the national parks and reserves of Kenya, Tanzania, Zambia, Zimbabwe, Botswana and South Africa.

Africa has got some interesting tree climbing lions which even animal behaviourist agree that its un usual for a lion to climb however it’s rare that it’s been only two documented populations of tree climbing lions on the planet that have been noted. Lions are believed to have adopted this behaviour to protect themselves from the constant irritation of insects while lazing under the trees, escaping the sweltering heat on the ground level and it’s a more excellent position for the lions to observe the movement of prey across the plain.

Such lions can be observed in the following parks in East Africa and South Africa:

Lions’ interactions with humans is a bit interesting since they are considered as the ambassador species over others, interestingly, lions last longer in captivity since they can reach an age of 20 years. There are more than 1000 African and 100 Asiatic lions in zoos, circuses and wild life parks that are kept for tourism, education and conservation purposes since many species are going extinct.

Lions are one of the most recognised animal symbols in human culture, they are the key species that have been kept across the world and culturally, they symbolise a lot of things, and they are depicted in sculptures, flags, paintings films and literature as menageries.

In Uganda, the western women still believe that feeding your husband with the lions’ mane makes him royal and yours forever, many people have been named after the lion names to mean that they are brave like the king of Buganda who is usually referred to Mpologoma (lion). The lion is still known as the king of the jungle across the whole world today.